TV Advertising is Here to Stay: 7 Facts to Prove It

Bonnie Langley About The Author 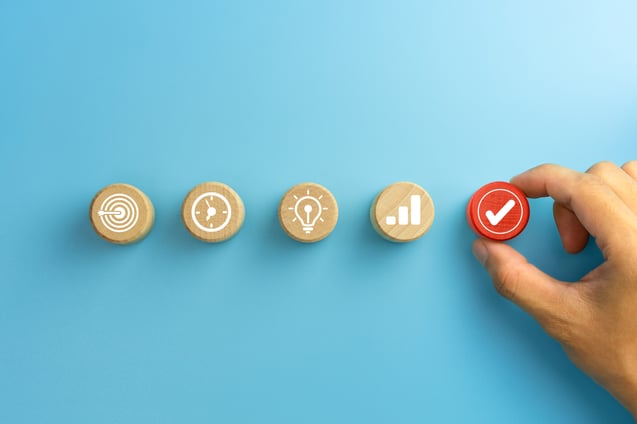 For more than 60 years, television has remained the largest mass medium for advertising. Even in the age of digital marketing, TV is still a powerful form of advertising. It provides a multisensory experience, builds a strong emotional connection with the audience, and consistently delivers memorable experiences. After all, one of the most anticipated and talked about aspects of the annual "big game" is the commercials.

While traditional cable subscriptions are declining, the rapid proliferation of streaming services proves that television is still much in demand. That makes television an important component of any multichannel marketing campaign. Don't just take our word for it, though. Let the following TV advertising facts speak for themselves.

TV is an effective advertising medium for many reasons. It has remained at the top of advertisers' preferred media for decades. Let's look at some benefits of using TV in your advertising campaigns.

People Are Consuming More TV Than Ever

Even though it seems we spend our days running from one activity to the other, adults in the U.S. are watching an average of almost five hours of live and recorded television per day. That equates to more than 77 days of TV viewing per year. With the pandemic, those numbers have increased significantly. For the time period between February and March 2020, daytime viewership of the top four networks in the United States increased by 28.4%.

TV Has a Wide Reach

Television still has an amazing reach: 96% of all U.S. households or approximately 121 million homes in the US have at least one TV. It impacts a large number of people at once. That makes it very effective in a short amount of time.

TV reaches vast numbers of every consumer age group. Eighty-one percent of millennials from 18-34 watch TV at least one time per week, and 92% of weekly viewers were between ages 35-64. The demographic with the highest viewership was the over 64 group at 94%.

Television advertising is trusted by 83% of consumers. It is one of the most trusted forms of media and the most common one. The types of ads that garnered the most trust were those endorsed by celebrities.

People Are Engaged When Watching TV

Have you ever tried to catch a child’s attention while they’re watching their favorite program or a spouse glued to a sporting event on TV? If so, you already understand that television can engage people like nothing else. It creates broad awareness of products by engaging multiple senses with sight, sound, color, and motion. The highest engagement tends to be between Thursday and Sunday and daily between approximately noon and 7:30 pm.

TV Is Digested Even if the Viewer Isn't Fully Paying Attention

Television viewing has changed. Streaming services, on-demand, and time-shifted TV has created a very personalized experience. However, 90% of the TV audience is frequently watching more than one screen at a time. That doesn't mean, however, that they aren't paying attention. NBC not only recognized this but leveraged the opportunity to sell products even more effectively by adding QR codes on the television screen that can be scanned with viewers' phones to link them directly to the product.

TV Is a Marketing Powerhouse

With the increase in internet-connected television, also known as connected TV, advertisers have more opportunities than ever to connect with their target customers. OTT or over-the-top refers to programming delivered via the internet that can be viewed on any internet-connected device. From mobile phones to tablets, laptops to desktops, and Smart TVs, advertisers have even more reach with cross-platform advertising opportunities. Currently, 40% of US adults watch video television programming on a connected device daily.

In the US, the highest ROI of all media was TV at $14.34 for every dollar spent on advertising. By all indicators, the outlook is only getting better. With the market penetration of OTT and CTV, growth for 2020 was projected to reach 31% by the end of the year. That translates to a $5 billion opportunity for advertising and marketing professionals.

The Facts Speak for Themselves: TV Advertising Works

Television is as popular as ever. It is still one of the most trusted platforms by consumers with an astonishing reach. As our world becomes even more connected, TV continues to evolve and adapt. Because of that, advertisers have even more opportunities to reach their audience than ever before. Working with an experienced media partner to develop a TV advertising strategy can help you reach your target audience and achieve your business goals.