FOX10 Gulf Coast About The Author 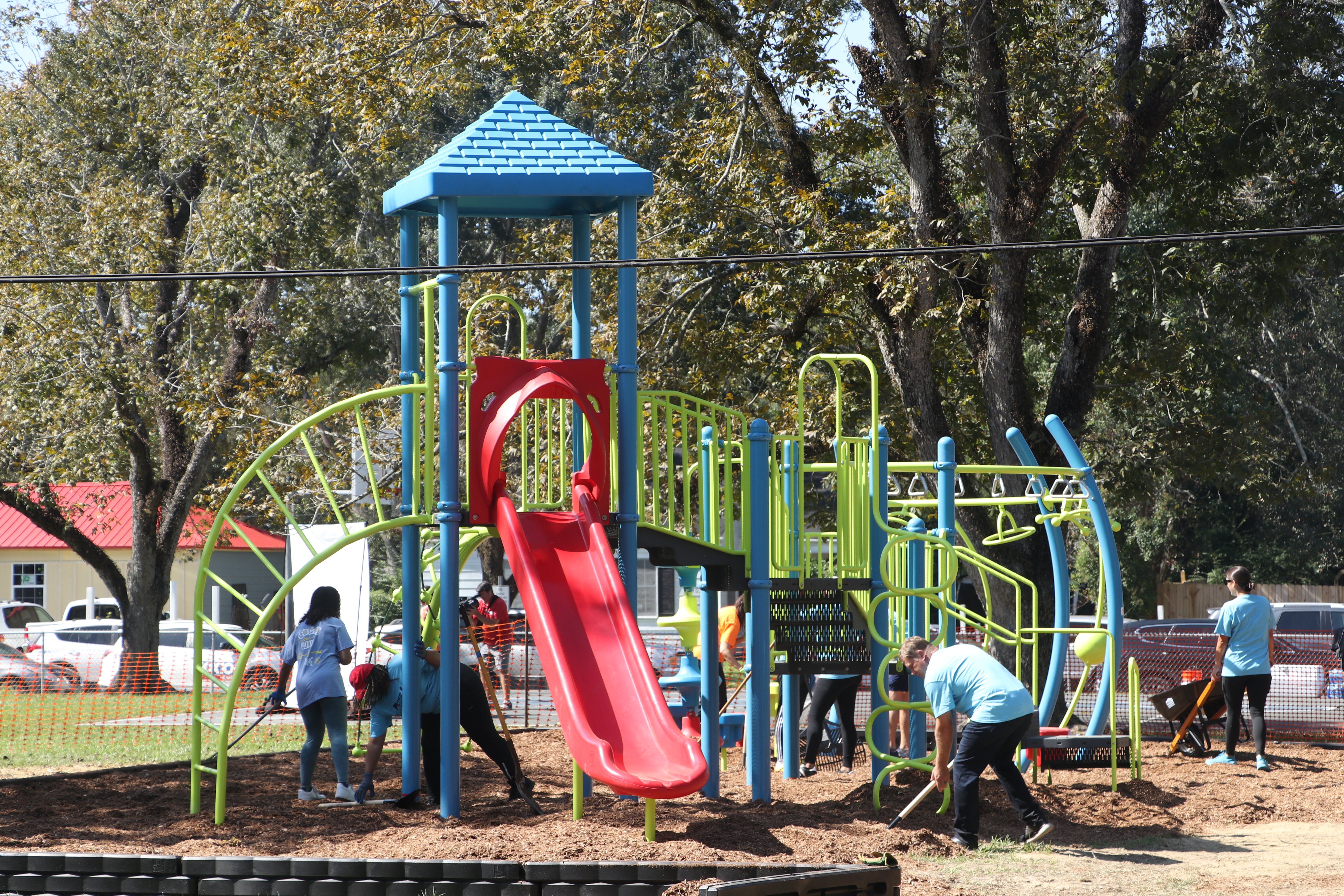 Viewers of all ages love watching FOX10 in Mobile for both news and entertainment, but did you know the station also loves to give back to the community? As part of their community initiative, the station launched the FOX10 Playground Project, and the first playground is complete and currently entertaining children in Walsh Park. But the fun doesn’t stop here!

We’ve got all the details that made the first FOX10 Playground Project possible, plus details on how you can get involved in the next one. All About the FOX10 Playground Project

From the slides to the jungle gym, playgrounds have a lot to offer for growing kids. With enough space to explore, playgrounds have been shown to help kiddos reach developmental milestones when it comes to physical health and social interaction. FOX10 recognized a need in the community for more play spaces and the FOX10 Playground Project was born!

Nonprofits like Make an Impact and the United Way of Southwest Alabama joined the cause to improve the experiences of children in the local community. Miracle, a company that works to provide children with inclusive playground equipment, also joined the project.

FOX10 gathered local sponsors to help make the project as successful as possible. EcoSouth Services, Palmer's Toyota Superstore/Airport Hyundai, and Shoe Station all joined in to support the cause.

FOX10 proudly highlighted the contributions of their sponsors on the station's webpage. Throughout the development of the playground, FOX10 kept viewers updated both on-air and on social media. When it was time for the grand opening, the sponsors even helped cut the ribbon!

Why Local Businesses Should Get Involved in Community Projects

Sponsoring a community project makes your brand appear more charitable just by association with the local organization. Because brand loyalty is heavily rooted in human connection, consumers will be moved by your company's goodwill. Your company's sponsorship will help you generate new leads from your local community that will likely become lifelong customers.

In addition to connecting with more consumers from your target audience, you'll appeal to the charity's audience. Though they may not have heard of your company before, you've already gained their respect by supporting an important cause.

Sponsoring a local charity also gets more exposure for your company on a broader scale. For the FOX10 Playground Project, each sponsor was invited to speak about their involvement. This segment was aired for thousands of viewers in the area, attracting more consumers to each sponsor's brand.

When consumers can put a friendly face to the name of a brand, that company seems more genuine than competitors. A study highlighted by Forbes showed that consumers were four times more likely to trust and purchase from a brand with a strong charitable purpose.

Supporting a local project through a media partner is also a great way to highlight the usefulness of your products and services. Supporting a local mission directly benefits the community as well as participating small businesses. If you missed out on the first FOX10 Playground Project, there's still time to help with the next one!  Reach out to FOX10 Gulf Coast today to learn how you can get involved.

Viewers of all ages love watching FOX10 in Mobile for both news and entertainment, but did you know the station also loves to give back to the community? As part of their community initiative, the station launched the FOX10 Playground Project, and the first playground is complete and currently entertaining children in Walsh Park. But the fun doesn’t stop here!